Mysore Pak is a must-taste dessert of southern India. Often, I am asked by travellers from abroad visiting TamilNadu and Karnataka, to suggest one-sweet that they could carry home as an edible souvenir, especially for their Indian friends and colleagues. The first name that pops in my mind is always the Mysore Pak. And, why not? It’s delectable, vegan-friendly ( a few of the varieties) and absolutely perfect for gluten-sensitive people!

You may also want to check out my Instant Raw Mango Pickle recipe, a favourite delicacy of many Tamil households

The dessert has its origins in the kitchens of the Mysore Palace in Karnataka. However, Mysore Pak is equally patronized by people of TamilNadu, Telangana and Andhra Pradesh. Although each of them has their own way and technique of making the Mysore Pak, the basic ingredients of this delicacy have remained almost the same over the decades.

Mysore Pak, can be packed easily, stays for at least a week and doesn’t spill over in the baggage. Also, it tastes like no other Indian dessert. It stands majestic on its own in sweet-shops, enticing foodies with its texture and perfect mid-brown colour.

A Mysorepak comes in different varieties – Milk Mysore Pak to ghee Mysore Pak. Amusing are the ones often given away in the return-gift hamper set, especially at weddings. These sweet and savoury bags are called ‘bakshanam pai’ (in Tamizh). Why amusing? Well, most of these Mysore paks are as hard as rocks and would need a hammer to break them! Not always, but more often…

So why not save ourselves from this misery and try making this melt-in-the-mouth sweet at home! Although the making of this Indian dessert is easy, it requires a bit of patience and time. Here is an easy method to make this south-Indian dessert. Check out the recipe video of preparing this delectable Mysore Pak on our brand new YouTube channel – Flavours and Tones!

Pin this post and recipe for a later read!

Let me know if found this video on Mysore Pak recipe, informative and easy to make. 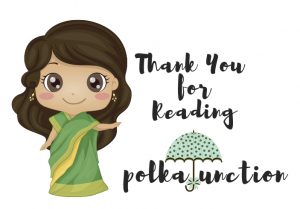